Awoke at 9 but read in bed until 12 – After lunch felt like I was taking cold in my eyes so broke off the tennis date and went to bed.  Went to Rozella Kropp’s birthday party sans gift – I’d forgotten, and did I ever feel small!  Met Zelpha Bates and enjoyed an evening of Contract.  Home at 12!  Mr. Moen came by in the afternoon and tried to sell insurance for sickness and accident.  By paying $7 quarterly I get quite a benefit and I’m never sick!  However, I think I’ll try it Mr. Moen used to know Dad in Las Vegas. The Second Battle of Tembien ended in an Italian victory.

The Japanese coup attempt was put down and rebel troops return home.

President Roosevelt extended the 1935 Neutrality Act through May 1, 1937

The snow in  Detroit Lakes Minnesota 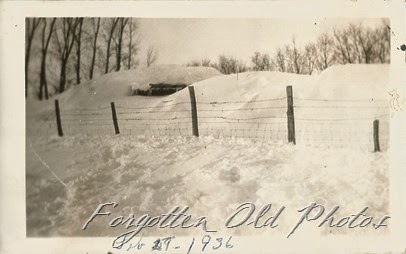 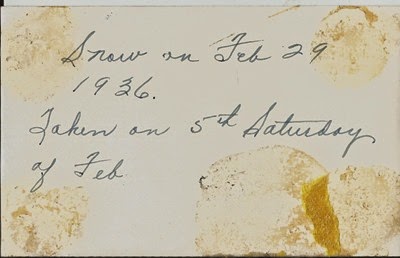 The show last night was really magnificent!  Well portrayed and good theme – Charlotte and Lorene Klyng, Mary Ownby, Julia Ruth Markham, Alyce Claire, and I went in a group.  Don’t hope to see a better for a long time.  Went for my new spring coat and loved it – Met up with Evelyn Polk and she agreed  to play tennis tomorrow.  Went to Martens for supper and cards in which latter past-time I was entirely unsuccessful!  I always enjoy them The Interstate Commerce Commission ordered a reduction in basic rail passenger fares from 3.6 to 2 cents per mile everywhere in the United States

The weather still a problem.

Dad left at noon.  Brs. Jones took us to the station then me to school.  Bought blue & white big checked spring coat!

Got invitation to midnight show of  “Magnificent Obsession” Get in free so I am surely going!

The Second Battle of Tembien began on Ethiopia’s northern front.

The French Chamber of Deputies ratified the Franco-Soviet Treaty of Mutual Assistance, 353 to 164.

The cost of Winter.

School as usual – Went to Martens in the afternoon and to Burdettes for waffles.  Dad went over to Mr. Pends to settle about the lot.   We talked quite a bit about the church, My work, Ty-Ty, Jaime and many other things

The 2-26 Incident was an attempted coup d’état in Japan. It was organized by a group of young Imperial Japanese Army officers with the goal of purging the government and military leadership of their factional rivals and ideological opponents. The Got Milk campaign gets a boost with a new neon sign outside the Detroit Creamery Co.

Telegram from Dad saying he will be here at seven on the bus.  That evening we went to Burdette’s and rode by Velma’s but I knew she wasn’t home

The Sun is back  – now the work begins to clear away the snow in the Mid-West.

Artists from Tin Pan Alley such as Rudy Vallée, George Gershwin and Irving Berlin came to Washington to fight a bill affecting the copyrighting of popular songs

The British Foreign Secretary warns of the possibility of a second World War.

The story continues with the second journal.  This is an entry from her personal diary, by Elizabeth Lancaster Carsey 80-years-ago.  Click here to read more

The new teacher is here to take Mr. Sprinkle’s place .  A Mr. Gilbert who might be said to resemble Carsey in a seedy vague sort of way.  He majored in Geology & graduated about 10-years-ago but looks as though he was just out.   Read more of “While Rome Burns” Quite Good-

Anthony Eden addressed the House of Commons for the first time as Foreign Secretary. He responded to criticism of the League of Nations failing to impose oil sanctions on Italy by explaining that oil was “a sanction like any other and must be judged by the same criterion, whether its imposition will help stop the war.

In the final week of February a thaw finally came to the nation. Temperatures rose above freezing for the first time in up to eleven weeks

The story continues with the second journal.  This is an entry from her personal diary, by Elizabeth Lancaster Carsey 80-years-ago.  Click here to read more

S.S. and Church as usual.  Bro Jones canceled evening service because of his throat – Played tennis  for about an hour in the afternoon even though it was quite windy. Puerto Rico‘s Chief of Police E. Francis Riggs was shot and killed by two young Nationalists. The two assailants were captured and executed immediately without trial

The theory of Ether is presented – if correct it would dismiss Einstein‘s theory of relativity.

Had letter from both places in L.A. Matson won’t do.   Lenore came up in P.M. Alyce Claire and I played tennis for over an hour (from 10:30 to 12:15) then found Lenore waiting when we got back.  Shopped a little and watched crowds.  Went to Wolfe’s with Lenore at night.  Played Pitch until 11:00 then they rolled up the rugs and we danced everything.  Virginia Reel, Polka, Watty, Little Shoe, Schotische (?) and had the grandest time this year.   Got home at 1:30. Sam Sherman bumped up against me during the first Virginia Reel and broke my glasses!  More poor luck!

On George Washington‘s 204th birthday, retired baseball legend Walter Johnson replicated a feat attributed to Washington by throwing a silver dollar across the Rappahannock River. Though it remained in dispute whether Washington ever did such a thing, Johnson did prove that it could be done.

The weather is getting warmer but the roads are still blocked in Iowa as a result of the 1936 North American Cold Wave. I think I wouldn’t recommend it.  P.T.A. today!  Letter from MacMillan wanting money on book or book on trail returned.  They’ll probably get the book!  Mrs. Grady’s was closed today because Joyce has Scarlet Fever!  Saw Mrs. Burdette in the P.O.  and she wants me to help in a Mexico project in the Junior Department!  Will I! If I can!  Lorraine Klyng is back in Roswell sans a job – we discussed her going into Hobbs and opening a beauty shop

Here’s what else is happening 80-years-ago today

A young surgeon amputates a mans arm from 50 feet in the air with a hack-saw.  The man was dangling up-side-down between a fallen crane and a girder, his arm stuck between the two objects.   The temperature was zero and he was conscious during the surgery which was lit by flashlights.   The man survived and was taken to the local hospital.

Hitler reviews 35,000 SA troops celebrating the third anniversary of his assumption of power

Police in Spain fired on crowds of leftists attempting to burn churches and convents. 8 deaths were reported around the country.

Ginger Rogers with music by Irving Berlin was released.