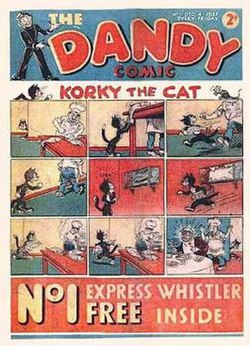 The children’s comic book The Dandy was first published in the United Kingdom, marking the first appearance of the character of Desperate Dan. A British Newspaper reports on a car that will drive underwater. Invented by Mr. Michel Andre.