The story continues with the second journal.  This is an entry from her personal diary, by

The Arab Higher Committee announced an end to the 175-day-old Palestinian general strike. 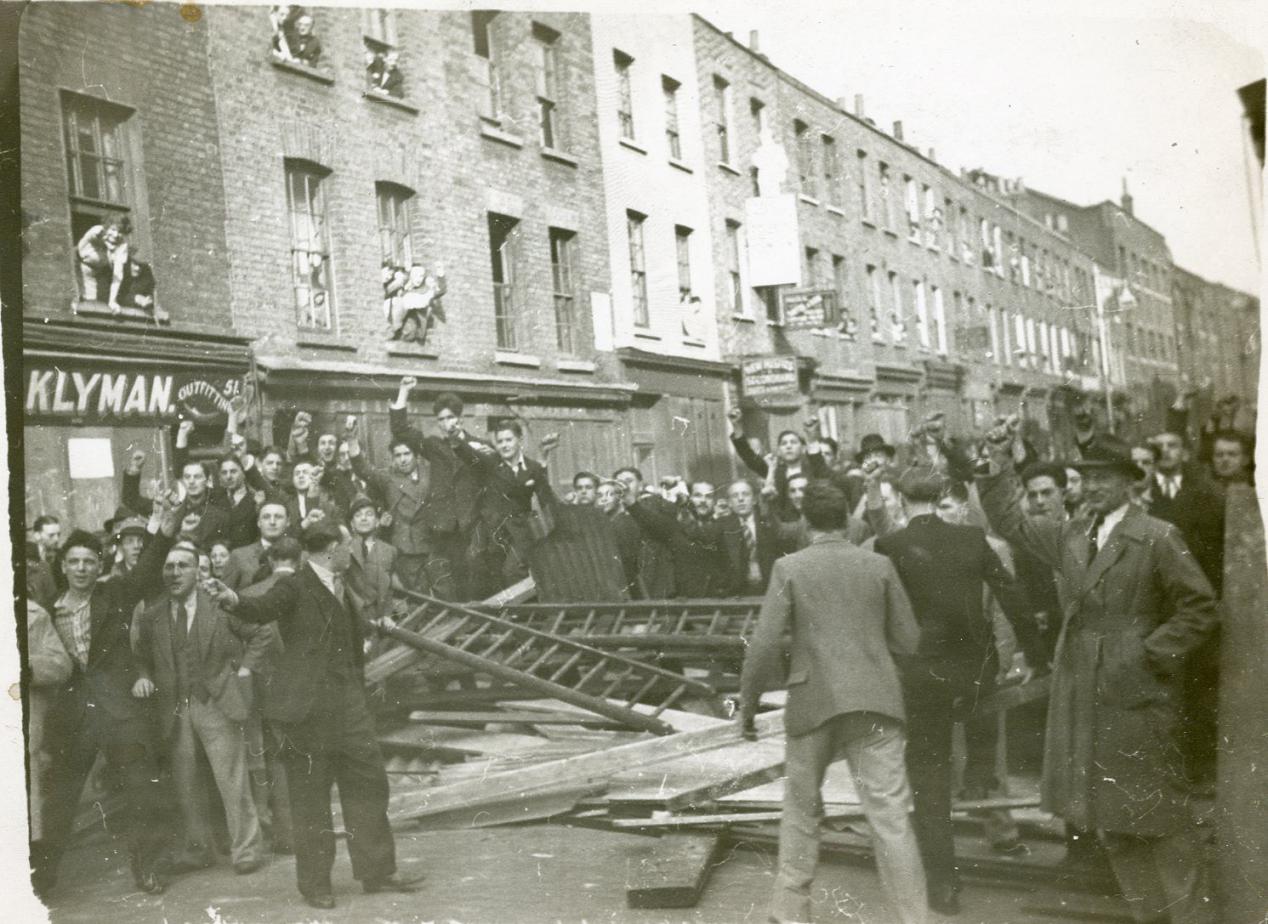 200 fascists instigated a new wave of violence in London’s East End, attacking Jews and smashing and looting the windows of Jewish shops until they were dispersed by police.

10,000 leftists participated in an anti-Fascist demonstration in Victoria Park, London, with 5,000 police on hand. 50 Fascist youths attempted a rush to snatch a red flag and some people were slashed with razors