After breakfast at Hotel Italia where we stayed I put James and Betty on a dinky train – cito for Cholula and after buying some flowers, went to the hospital. They felt Carsey might like to visit without  their being there but I think that I had been with them about enough too.  I had a nice long visit with Carsey until they came about 2.  We ate dinner and visited the Church “La Coupania” with its 12 apostles up back of the altar carved and covered with gold. 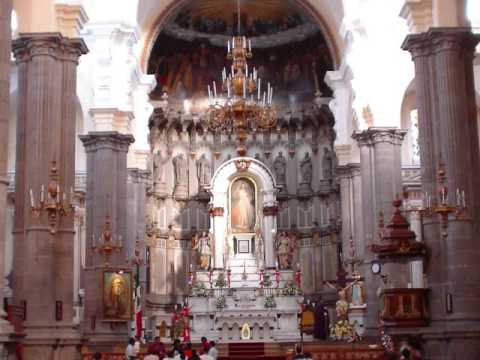 After an hours walking and much inquiring of the police department we finally reached La Corona del Convents de Santa Rosa which is famous because of the “mole” legend connected with it – It is the built entirely of tiles. walls, ceiling, floor, sink, stone and shelves. Very interesting but we were quite ready to leave after a hasty adieu at the hospital. Took 7 o’clock bus back.